If you’re analyzing a survey with checkboxes, Statwing can recognize them automatically and handle them appropriately. 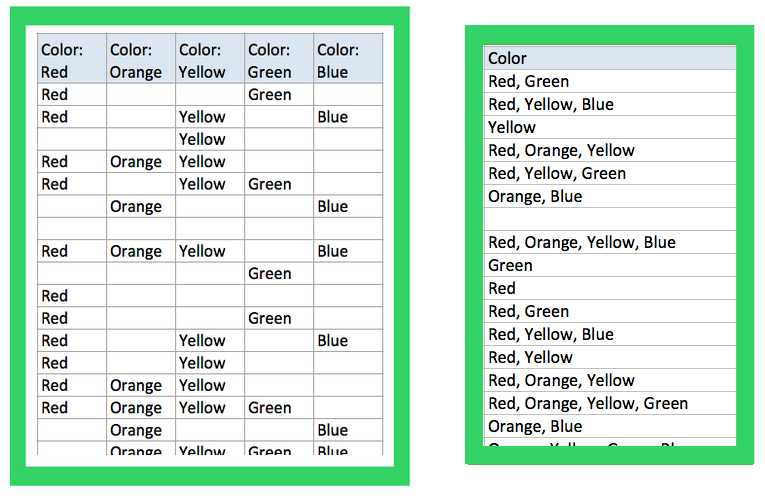 For the most part Statwing is intelligent about interpreting your data as checkboxes. These are some but not all of the acceptable formats for a column of checkboxes:

If some questions were skipped by some survey respondents, those cells must be left blank, and cells where respondents saw the checkbox but did not check it must be given a value. Some but not all of the acceptable formats for a column of checkboxes where some respondents didn’t see the question:

Here are some of the ways we group checkboxes together, based on the name:

If Statwing doesn't automatically recognize a checkbox group, you can also manually tell Statwing to make a grouping. Do so by clicking "Create" on the left side of the screen and then "Checkbox", and follow the directions to indicate which columns of data belong together.