Each column of the spreadsheet/table (the “dataset”) is a “variable.” Statwing intelligently interprets the dataset and classifies each variable into a type. The most important variable types are the following:

Statwing is occasionally incorrect when it guesses what type of data you have. To correct Statwing’s error go to variable settings, then change that variable’s settings from one type to another (most commonly, changing Numbers to Categories).

Statwing will produce differently structured output for different types of variables, like a histogram when you Describe Numbers... 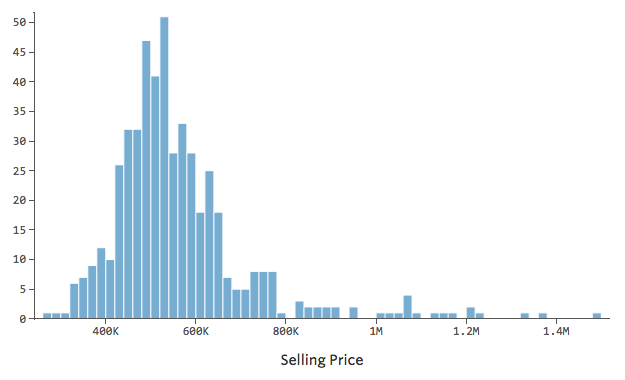 ...but a bar chart when you Describe Categories: